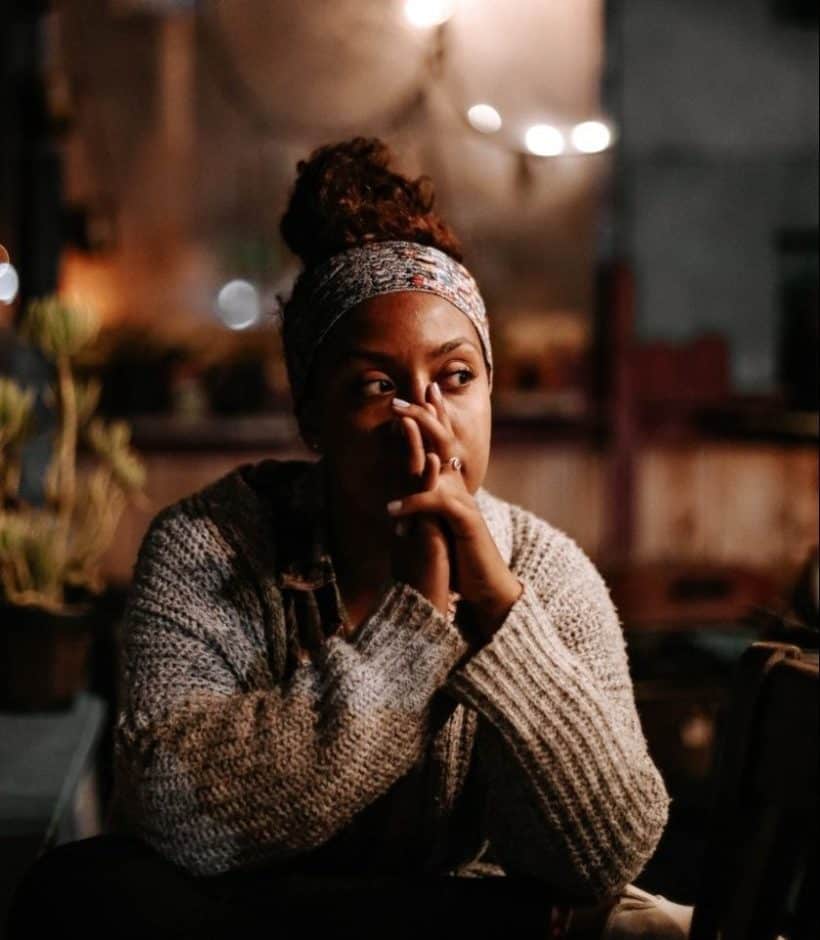 Around 20% of pregnant women experience spotting during early pregnancy. While it can be alarming, spotting is usually nothing to worry about and a common concern.

The good news is 50% of pregnant women who have spotting or vaginal bleeding during their first trimester go on to have a healthy pregnancy and baby!

In this post, we’ll chat about the causes and symptoms of spotting during early pregnancy. We will also cover when to take a pregnancy test, and what to do if you are experiencing spotting but no period.

Can you spot and not be pregnant?

Yes. There are many reasons why you may experience spotting that have nothing to do with pregnancy. These can include:

In most cases, spotting is nothing to worry about and is simply a side effect of the hormonal changes taking place in your body. However, there are some instances where spotting can be a sign of something more serious, such as an ectopic pregnancy or miscarriage.

If you are spotting and experience any of the following symptoms, please contact your healthcare provider:

Spotting and no period

Pregnancy symptoms may vary a lot from woman to woman during their entire pregnancy. Spotting can occur for various reasons and is not always an early sign of pregnancy.

In some cases, spotting may be caused by: Hormonal changes. spotting is often caused by hormonal changes, especially during pregnancy and around the time of a woman’s menstrual period.

In other cases, spotting may be due to:

What is the difference between period and pregnancy spotting?

Period spotting is often heavier and lasts longer than implantation spotting. Pregnancy spotting is usually lighter in color and consistency than menstrual bleeding.

It may be pink, brown, or red, and it’s often accompanied by other pregnancy symptoms, such as nausea and breast tenderness. Menstrual bleeding, on the other hand, is usually heavier and lasts for several days.

Spotting is when you notice a few small drops of blood in your underwear, or when you use toilet paper and see some blood on the paper.

When an egg is fertilized, it attaches itself to the wall of the uterus. Sometimes this causes spotting and cramps which are some of the earliest signs of early pregnancy.

Spotting during early pregnancy may present itself as light spotting or bleeding, brownish in color, often seen when you wipe. It is different from your menstrual period because it is much lighter and lasts a shorter time than a period.

Egg implantation happens anywhere between 6 and 12 days after fertilization. Cramps are painful contractions of muscles in the uterus. Some women confuse these contractions with the start of their periods. The bleeding during pregnancy and cramping are quite mild.

A woman may also notice a white discharge from her vagina. This is because the vagina wall starts to thicken right after conception. And it’s this increase in cell growth in the vagina lining that causes the white discharge.

Some blood spotting can be caused by a non-harmful protrusion on the cervix. This is called a cervical polyp. This type of polyp is more likely to bleed during pregnancy because of increased estrogen levels. The number of blood vessels near the cervix increase during pregnancy.

This might make it more likely for you to bleed after contact with this area, such as during sexual intercourse or a gynecological examination.

Spotting is more likely to occur around the time of a woman’s expected period. And spotting is often one of the first signs that a woman is pregnant.

Spotting may occur as early as implantation, which is when the fertilized egg attaches to the lining of the uterus. Spotting may be a sign that implantation has occurred and pregnancy is beginning.

Spotting can happen as early as one week after conception, but it’s more likely to occur around the time your period would have been due in the first few weeks of pregnancy – around week four to week eight of pregnancy.

However, it’s also possible to spot without being pregnant. If you’re concerned about spotting, talk to your doctor. They can help you determine whether spotting is a sign of pregnancy or something else.

How long does spotting last in early pregnancy?

Spotting generally lasts no more than three days. If you’re spotting for longer than that, or if the spotting turns into heavier bleeding, call your doctor.

How are bleeding and spotting treated?

Your treatment depends on what caused your bleeding. You may need a medical exam and tests.

Most of the time, treatment for bleeding or spotting is rest. Your provider may also suggest treatments like:

Ectopic pregnancy can be caused by sexually transmitted diseases such as gonorrhea or chlamydia, which can inflame the tubes and other adjacent organs and raise your risk of developing an ectopic pregnancy.

If you’re concerned about implantation bleeding, talk to your doctor or obstetrician. They can help you determine whether spotting is a sign of pregnancy or something else.

When does implantation bleeding happen?

Symptoms of implantation bleeding may include light spotting or spotting that is pink, red, or dark brown. You may also experience other pregnancy symptoms, such as nausea, breast tenderness, and fatigue.

If you think you may be pregnant and are. You may experience spotting for a day or two around the time of implantation.

Symptoms of implantation bleeding may include light spotting or spotting that is pink, red, brown, or black. You may also experience other pregnancy symptoms such as nausea, breast tenderness, and fatigue.

If you think you may be pregnant and are experiencing implantation bleeding, take a home pregnancy test. If the test is positive, make an appointment with your doctor to confirm the pregnancy and discuss your options.

If your bleeding isn’t severe, your doctor may instruct you to rest, relax, stay off your feet, and avoid sex to stop it. Maintain a healthy body. While pregnant, take a prenatal vitamin that contains folic acid daily. If you’re pregnant, you only need around 4 milligrams of folic acid per day. If you planning to fall pregnant, take it sooner before you conceive.

We also recommend not smoking, drinking alcohol, or taking prohibited drugs that can put your baby or yourself at risk.

During the first trimester, around a quarter of pregnant women experience bleeding. Although bleeding is a possible symptom of early pregnancy loss, it doesn’t mean it will happen.

Spots and bleeding in early pregnancy may be caused by a variety of factors, including typical hormonal changes.

A subchorionic hematoma is when blood collects near the chorion. The blood might collect between the uterus and placenta.

Some people may also refer to this as a subchorionic hemorrhage, and in some cases can cause problems for the baby.

The most frequent cause of bleeding in the first trimester of pregnancy is a subchorionic hematoma, which affects around 11% of all cases.

An ectopic pregnancy might result in vaginal bleeding during the early stages of pregnancy. Placental abruption, which is when the placenta detaches and separates from the uterine wall before or during delivery, can cause spotting or bleeding in later parts of pregnancy.

A molar pregnancy could also cause vaginal bleeding or spotting. When an egg and sperm join incorrectly at fertilization, causing a noncancerous tumor to develop in place of a healthy placenta, molar pregnancy occurs. The tumor, or mole, prevents the fetus from developing; as a result, the pregnancy is fatal. This is also referred to as a hydatidiform mole.

How long does it take to know if you are pregnant?

Most home pregnancy tests can be taken as early as three to five days after you miss your period. If the test is positive, make an appointment with your doctor to confirm the pregnancy and discuss your options.

If you think you may be pregnant, the best way to know for sure is to take a home pregnancy test. Most home pregnancy tests can be taken as early as three to five days after you miss your period. If the test is positive, make an appointment with your doctor to confirm the pregnancy and discuss your options.

What are the common signs of pregnancy?

There are many early symptoms of pregnancy, but spotting is a less common sign.

If you’re wondering if you might be pregnant, besides taking a pregnancy test there are a few other signs you could be pregnant.

There are a few things that can cause spotting before or during pregnancy, including your period, implantation bleeding, infection, or a low-lying placenta.

If you’re spotting and think you might be pregnant, the best way to know for sure is to take a home pregnancy test. If the test is positive, make an appointment with your doctor to confirm the pregnancy and discuss your options to ensure a healthy baby.

They’ll be able to put your mind at ease and help you figure out what’s going on. And go to the emergency room or call your doctor immediately if you are experiencing: A lot of bleeding, bleeding with discomfort or cramping dizziness or bleeding pain in your abdomen or pelvis.

link to Can you use icy hot while breastfeeding?

Can you use icy hot while breastfeeding? Is it safe? Will it harm my baby?There is not a whole lot of research on this topic, but what is available suggests that it is probably okay to use icy...

Continue Reading
link to How does breastfeeding prevent SIDS?

Hey sleep-deprived parents, did you know that breastfeeding can reduce your baby's risk of SIDS by up to 50% or more? No joke! Breastfeeding has some pretty amazing benefits.But there's more to...

This post may contain affiliate links, which means we get a commission if you buy through them, at no cost to you. If you do, Thank-you.

Wisemamma.com is a website about parenting, pregnancy, breastfeeding, raising happy kids and much more.

With articles on topics such as childbirth education, baby names, and potty training to product reviews of the newest items for your little one’s nursery, Wisemamma offers a safe space for parents-to-be and new parents seeking advice on raising kids without sacrificing their sanity or sense of style.

NOTE: PLEASE ALWAYS CONSULT A MEDICAL DOCTOR
Content is provided for informational purposes only, and because inaccuracies can exist, should not be used as medical advice without consulting your Doctor -
Read more about us