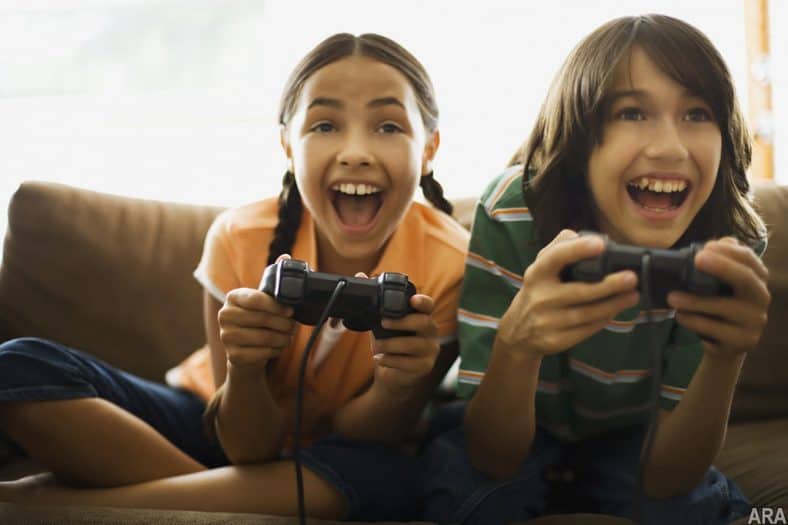 There are often very polarized opinions on the amount of gaming time for kids. In most families, kids are either not allowed to play any video games at all or they get to play hours and hours on end each day.

As with most things, I think the right approach lies somewhere in the middle and believe in general that the adage, “everything in moderation”, although cliche probably holds in this case.

Parenting can be difficult, with upwards of 90% of teens now play video games in some form, so it’s important to understand how video games affect your child to ensure you’re informed and armed with the right information to steer them in the right direction while they’re still young – I mean after all 9 hours of straight gameplay for an 8 year old (let alone at 16) can’t be good for them, right?

In fact, the more you restrict kids from something the more they might binge on it later when they have unrestricted access and availability to gaming. That’s why it is better to set some boundaries but still allow some freedom and access – i.e. a balanced approach.

The debate has been raging for decades, and video games have been unfairly blamed for violence and gun murders by kids. A recent study, first published in the ‘Annals of Neurology’, shows that children and teenagers playing video games in limited amounts can have positive benefits, but that too much can have negative effects.

The study of 2442 children between 7 to 11 years old found that playing video games for an hour per week, it improved their motor skills, increased school achievement scores, and improved their ability to learn new skills. However, those benefits didn’t increase further if they played for more than two hours a week.

But an Oxford University pediatric study by Andrew Przybylski, a behavioral scientist, has found that once children start spending 3 more hours in front of their favorite gaming device, it begins to take a toll on their mood and behavior.

The research found children playing that much every day are more likely to be less happy than non-gamers, as well as more likely to have problems with hyperactivity, attention, and relating to their peers. This is particularly true for pro-longed gameplay over weeks and weeks as a habitual pattern.

Although there certainly are negatives to video games, particularly when kids indulge, in reality when done in moderation and with guidance, playing video games can have positive benefits too. A study on the effects on kids playing Mario Kart, that asked 23 adults with an average age of 25 to play “Super Mario 64” for 30 minutes a day over two months, showed that it increased brain plasticity and spatial recognition.

Video gaming isn’t good or bad, its amount of use is that makes the difference.

How long should a child play video games a day?

Based on the research mentioned earlier the sweet spot seems to be no more than about an hour a day, for it to have some benefits.

When kids start playing 2 to 3 hours or more each day, that’s when it can become unhealthy and lead to negative conduct, poor vision, impaired mental astuteness and social interaction problems.

It was also found in those same studies that spending 9 hours or more overall each week playing video games, also contributed to behavior problems and social conflicts with peers.

But it depends on the child. Some children can handle playing video games for hours a day, while others should only play for an hour or two.

However, it’s important to note that not all screen time is bad. Children can learn from educational videos and games, and playing video games can also improve hand-eye coordination.

So it’s important to find a balance that works for your child. If your child seems addicted to video games or is having trouble focusing at school or with other activities, then you may need to reduce their screen time.

We also recommend encouraging your child to take breaks in between when playing video games. Especially if they are playing more than an hour at a time, you should be letting them take 15-minute breaks at least away from any screens.

So now that we know allowing for some video gameplay can be beneficial, let’s take a look at some ways to make it a bit more constructive and ways to put healthy limits on gaming for kids.

Perhaps during the week, 1 hour is fine, and for the weekend you could relax that a little to maybe 2–3 hours on a Saturday and Sunday each.

Instill a sense of balance by asking that they first finish homework before playing video games. When they come home from school, then homework is done first. If she has a project to do over a weekend, you might say its ok to play 1 hour in the morning, but that before she can play the other 1 hour that day she needs to first complete the project. By the same token, I’d ask that on a weekend she is dressed and teeth are brushed before she games.

Encourage them to take breaks in between

An hour of gaming in one go is probably ok, but if you do allow more then encourage a break of 15 minutes or more in between at least.

I’m not sure if he is gaming on the PC or console but Xbox one, Playstation 4 and Nintendo Switch all have parental controls that allow you to set restrictions. The Xbox has a great one that allows you to set a daily amount of hours (it can differ each day) and a start and end time.

Let them have some parameters but then decide for themselves how to use that time. So for example, on the Xbox One parental controls, you’re able to set it to allow Saturday/Sunday 2-3 hours of total play anytime between 8.30am and 5 pm. That way you give a little freedom of choice to decide how he wants to use those 3 hours – all at once, or spread out but when it is up its up. Kids love this by the way since it feels like they have some control 🙂

Play video games with them

Seriously! If you want to build that bond between you more, then get into his world a little to share the experience with him. I don’t mean you should necessarily go figure out how to play Fortnite (I can’t build & shoot simultaneously to save my life either). But a game like ‘Just Dance’ is perfect and super easy to just pick up and play for tiny tots to adults alike – BONUS POINTS, it gets your kid to move while gaming…. Win! Win!

Trust me your kid might be like – “WTH Mom, you’re freaking me out”….but they will secretly I love it.

Most of the areas in my life are governed by this. Have a framework to work within and try stick to it 80% of the time, and be flexible and let it slide 20% – you’ll be happier for it trust me. So if he generally is sticking to the rules about 80% of the time and plays an extra 15 minutes now and then or forgot to brush his teeth first once, don’t get all PsychoMom on him – if he’s still within that 80% then chill, say nothing and let it slide. Just take a mental note and if he starts pushing it more over time to where it is becoming more the norm to not play within the framework agreed, then gentle rein him in again. 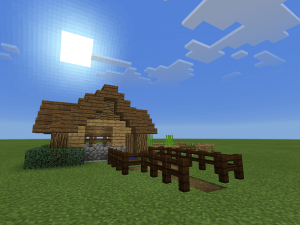 Blasting away on the latest shooter like Fortnite or Call of Duty is all fine in limited doses (assuming your child is at an age that they can play those games), but there are games out there that have a more positive and constructive learning aspect to them while still being fun. There are games such as Minecraft and Roblox that have some concepts to them that encourage puzzle-solving and construction-type thinking, which I’ve found to encourage creativity as well.

I found that when my son started playing Minecraft at around 5-6 years of age, he would construct the most amazing buildings or monuments for thin air. I remember one time in particular where he came running up to me to proudly show me our bathroom built out of different color Minecraft blocks, including the loo.

Another game I remember us getting for him on my Android phone when he was younger, was Puzzingo, a great little puzzle game that taught him to recognize shapes and patterns while trying to slot them into the correct cut out that match. He loved it, and I ended up buying him the different themed puzzle packs like space, dinosaurs, cooking, etc as he progresses through all the different levels.

So I’d look for games like this that allow your child to learn while playing too.

How long do my kids spend gaming

Having said all the above, I am by no means perfect at this myself. At 9, my son is still in junior school and I’ve made plenty of mistakes along the way when it comes to gaming and too much screen time and had to figure out what works best for us over time including lots of yelling and frustration.

Our current rules are that during the week school takes priority so no gaming is allowed at all – he does go to aftercare so by the time he gets home there’s only enough time to get changed, bath, eat and watch a little TV (his homework is mostly done at the aftercare already).

But to compensate for no time for gaming in the week, I let him watch a little bit of Kids Youtube at bedtime (like 15 mins). I often watch a little with him and we giggle and laugh together and then read a few pages of a book before the light goes off. And then on weekends, I’m less strict, where he can play a few hours on a Saturday or Sunday (3–4 maximum) but with breaks each hour in between and some active play too.

All this is set up on both our Nintendo Switch and Xbox One parental controls which send me a weekly report of his playtime so I can keep track.

Conclusion – How long a child should play video games each day

So there you have it, you’ll need to figure out what works best for you and your situation. There’s no one size fits all but the above might give you some food for thought.

If there’s one thing I can leave you with, it’s to find some balance in all the screen time that competing for your kid’s attention.

Don’t starve them completely, limit them sure but be reasonable and let them have some fun while trying to teach them to also the importance of responsibility and priorities that also need to be taken into account before spending that hour playing Minecraft.