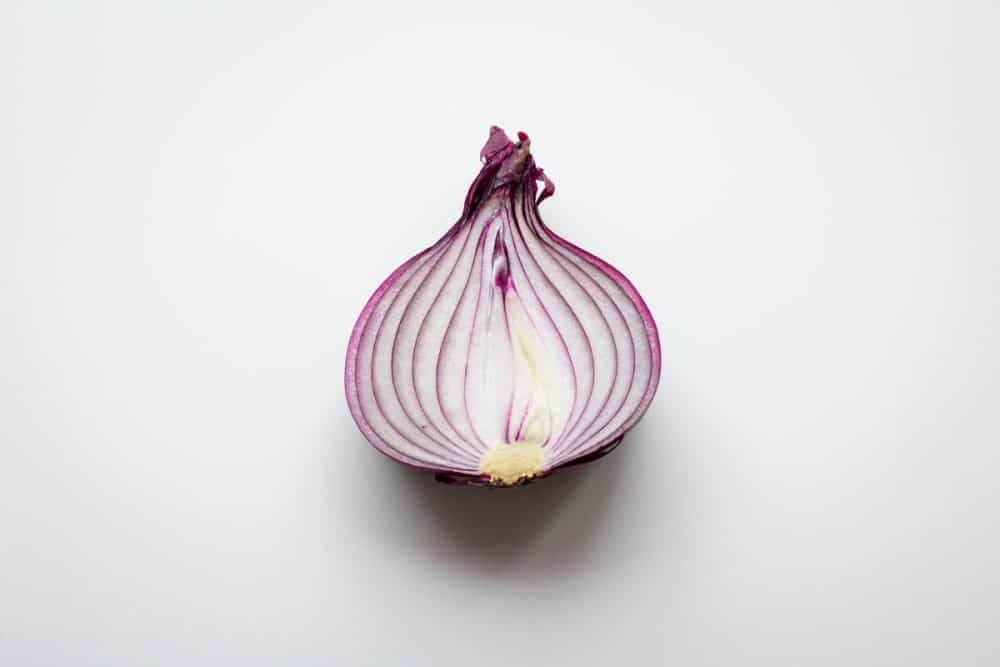 So, read on to learn more!

Is it OK to eat onion while breastfeeding?

It’s generally considered safe to eat onion while breastfeeding. Some people believe that eating onion passes its flavor on to breast milk, but there’s no real evidence to support this claim.

In fact, a small amount of onion is actually thought to be beneficial for nursing mothers because it helps increase the production of breast milk. Onion is generally considered safe to eat while breastfeeding. It is a good source of antioxidants, vitamins C and B6, folate, potassium, and manganese. It also contains some sulfur-containing compounds that may provide health benefits.

However, if you’re not used to eating onions, it’s probably best to start slowly and eat only a little bit at first. And if you experience any adverse effects (e.g. excessive gas or diarrhea), then stop eating onion immediately and consult your doctor.

The sense of taste is developed during the first few months of life, and it is not clear at what point babies are able to detect specific flavors. However, there is some evidence that infants are able to distinguish between sweet, sour, and bitter flavors by the age of two months. There is no scientific evidence to support this claim, but it is an interesting idea nonetheless.

Onions are a member of the allium family, which also includes garlic and leeks. These vegetables contain sulfur compounds that can be detected by the human palate at very low levels. Some people believe that these sulfur compounds are transferred to breast milk and that infants can taste them in their mother’s milk.

Some mothers may choose to avoid eating allium vegetables while they are breastfeeding in order to avoid exposing their child to these flavors. Others may not mind if their child tastes a little bit of onion in their milk; after all, it is a natural flavor and is nothing to be afraid of.

There are many different flavors found in breast milk, and it is likely that infants learn to associate certain flavors with the nutritional benefits of breastfeeding. For example, researchers have found that mothers who eat a lot of garlic produce breast milk with a garlicky flavor, and infants who breastfeed from these mothers tend to prefer the taste of garlic.

So, it is possible that babies can taste onions in breast milk, but there is no definitive evidence to support this claim. Ultimately, it is up to each individual mother to decide whether or not she wants to eat onion while breastfeeding.

Benefits of eating onions while breastfeeding

Onions are a great food to eat while breastfeeding because they are high in vitamins C and B6, both of which are important for breast milk production.

Onions are also a good source of fiber, potassium, and manganese. All of these nutrients are beneficial for both the mother and baby.

Onions can help protect against diseases and cancer

Onions are a great source of antioxidants, flavonoids, and sulfur compounds which all have beneficial effects on health. Some of the health benefits associated with onion consumption include decreased risk of heart disease, cancer, and Alzheimer’s disease.

Eating onions while breastfeeding can also help boost the immune system of both the mother and baby, and can help protect against infections. Onion consumption has also been linked with a decreased risk of some types of cancer, including ovarian cancer.

A good rule of thumb is to eat a half to one onion per day. However, it’s important to note that the benefits of onions depend on the variety. For example, red onions have more antioxidants than white onions.

Not very much. There is a small amount of sulfurous compounds in onions which can transfer to breast milk, but these are not considered to be harmful and are actually thought to provide some health benefits for nursing mothers and their infants. In fact, the tiny amounts of sulfur present in onion-infused breast milk are thought to help babies develop a good taste for this flavor early on, which may encourage them to eat more vegetables as they grow older.

There’s not a lot of research on this topic, but one study did find that breast milk tastes different depending on how much onion the mother consumes. Mothers who consumed more than one serving of onion per day had a stronger onion taste in their breast milk. The study didn’t find any difference in the overall taste of the milk, just the taste of the onion.

So it seems that if you’re breastfeeding and you like onions, there’s no need to stop eating them. But if you’re not a fan of onions, you might want to be careful about how much you eat while breastfeeding.

It’s not common, but some women report that their breast milk tastes bad after eating certain foods. Spicy foods, cruciferous vegetables like broccoli or cauliflower, and dairy products are the most common culprits.

All of these flavors are perfectly natural and nothing to be alarmed about. It’s just important to be aware of them so that you can make adjustments to your diet as needed.

If breast milk starts to taste bad, it’s usually a sign that something in the mother’s diet is not agree with her baby. If this happens, it’s a good idea to consult with a lactation consultant or your pediatrician to figure out what might be causing the problem.

Although uncommon, in excess there are a few dangers associated with eating onions while breastfeeding. For one, onions can cause gastrointestinal distress in some people, including diarrhea and vomiting.

Additionally, because of the high levels of sulfur-containing compounds in onions, they can also cause

Lastly, because of the potential for gastrointestinal distress, eating onions while breastfeeding can also lead to dehydration in both the mother and baby.

So if your baby is gassy after you eat onions, you might want to avoid them while you’re breastfeeding. You can still eat other vegetables that are high in sulfur compounds, like broccoli and cauliflower, but try to cook them as lightly as possible to reduce the amount of sulfur that’s released.

There are a few beneficial onion recipes while breastfeeding. Onions are a great source of antioxidants, which helps to protect against toxins and harmful pollutants. They are also a good source of vitamin C, which is important for strengthening the immune system.

Additionally, onions contain compounds that may help to reduce inflammation. Some beneficial onion recipes while breastfeeding include:

First of all, it could simply be that some women are more sensitive to the taste of onions than others. Additionally, what we eat can affect the flavor of our breast milk. If you’re breastfeeding and you notice that your milk tastes strange after eating onions, try avoiding them for a while and see if that helps.

It’s important to remember that breast milk is unique to every woman and there are a variety of factors that may contribute to its taste – including diet, whether or not the breastmilk was frozen, etc.

We hope we’ve been able to help answer your questions! 🙂