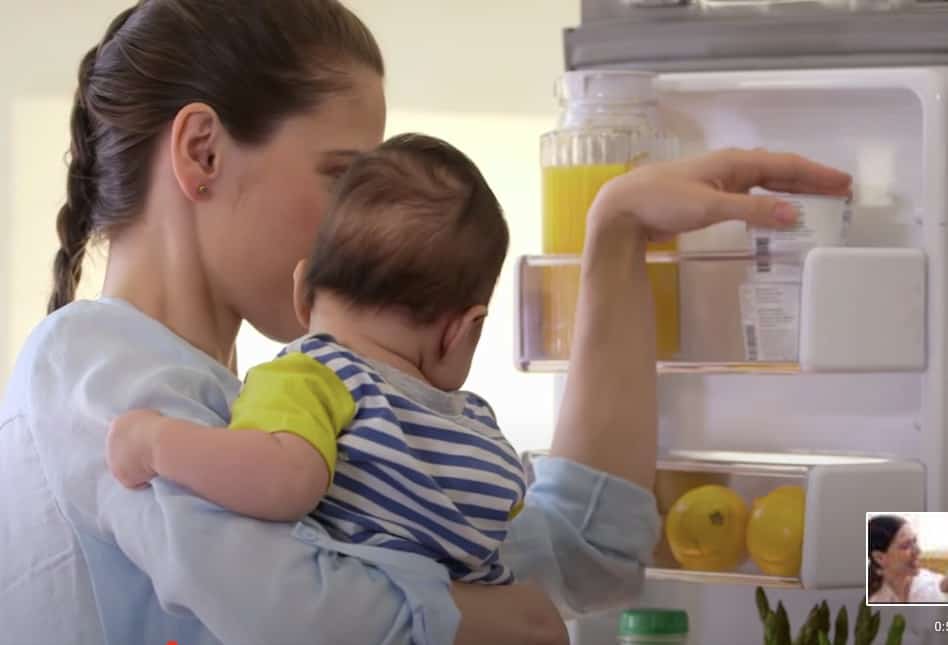 On one of your very first prenatal visits to your doctor, they might have given you a list of all the food that aren’t safe to have while you were pregnant.

Now that your baby is born, you can lighten up a little on what you eat.
You don’t need a special diet during breastfeeding, but what you eat does need to be nutritionally balanced.

That means plenty of fruit and vegetables, including whole grains such as brown rice, cereals, oats and breads labelled ‘wholegrain’, ‘wholemeal’ or ‘wholewheat’. These foods long with potatoes, pasta and couscous, are high in starch, and an important source of energy.

But there is still some foods to avoid while breastfeeding and some that you should at least cut down on.

Foods to avoid while breastfeeding

If you consume alcohol it will also get into your breast milk at a similar concentration to the amount of food that’s absorbed into a mother’s blood.

The big difference though is that babies will metabolize alcohol at only half the rate of adults. On average, it takes your body around 1–2 hours to clear each unit of alcohol. Research shows that the amount of alcohol in breast milk peaks 30–60 minutes after your last drink.

So you want to wait a few hours for each drink you have before you breastfeed.

Fish are a great source of protein and omega-3 fatty acids and are okay to eat in moderation during breastfeeding. Certain types of fish, such as swordfish and king mackerel, have excessive of mercury. This mercury can make its way into your breast milk and can harm your little one. Because of this, it’s best to eat no more than six ounces of fish twice a week.

Mercury can have an even greater effect on babies who are exposed to high levels in the womb and through breast milk. Too much mercury can cause problems with the development of the brain and nervous system leading to issues with speech, coordination, attention, memory, and learning.

Although not the only ones, you especially want to avoid these fish below that are particularly high in mercury.

If you want to eat fish during pregnancy, do it in limited quantities, and choose fish that has naturally lower mercury levels whenever possible. Good lower-mecury options are salmon, crayfish, tilapia and trout.

In fact, salmon is actually good to eat while breastfeeding and is a great source of protein and DHA, a type of omega-3 fatty acid that helps support your baby’s nervous system.

While pregnant I strictly avoided sushi because of the chances of bacteria and parasites being present. This poses less of a worry while you’re breastfeeding, so it’s alright to eat sushi once in awhile if it is from a reputable restaurant.

Coffee, soda, tea, and chocolate are common sources of caffeine. When you consume them, some of that caffeine can end up in your breast milk.

This can be problematic, as babies have a hard time breaking down and getting rid of caffeine. As a result, large amounts of caffeine over time could accumulate in your baby’s system, causing irritability and trouble sleeping.

According to the CDC, mothers who are breastfeeding are recommended to consume no more than 300 mg of caffeine per day, which is equivalent to two or three cups of coffee.

And although a cup of chai or regular tea is refreshing, it also has some caffeine but admittedly less than coffee. But it’s worth keeping an eye how how much tea you’re drinking and cutting down a little if you’re drinking a lot of it daily.

Your baby can get nicotine through the breast milk. A study from Monell Chemical Senses Center shows that nicotine in the breast milk of lactating mothers who smoke cigarettes disrupts their infants’ sleep patterns.

You pass twice as much nicotine to your baby while breastfeeding than is passed through the placenta while you’re pregnant. Passing nicotine and other toxic substances via breast milk is also linked to increased cases of fussiness, nausea, and restlessness in babies.

“Infants spent less time sleeping overall and woke up from naps sooner when their mothers smoked prior to breastfeeding,” says lead author Julie A. Mennella, PhD, a psychobiologist at Monell.

Healthline has suggested that if you smoke less than 20 cigarettes a day, the amount of nicotine that the baby is minimal. The risk of nicotine addiction increases if a mother smokes 20 or more cigarettes a day. This is true for most drugs that a mother takes while breastfeeding, including pain killers, caffeine and antibiotics.

However Medical studies also indicate that smoking more than 10 cigarettes per day lowers milk production and changes your milk composition.

We suggest stopping smoking while breastfeeding altogether, or if that’s not possible trying to limit how much to smoke to less than 10 a day.

Spicy foods and breastfeeding can often go together without a problem. However it depends on the amount and whether this is part of your general diet during pregnancy too. If you ate spicy foods during your entire pregnancy, then your baby is likely to be more prepped for that while breastfeeding.

For some babies, spicy food doesn’t bother them at all. For other babies who aren’t accustomed to spicy flavours, they might not be as accepting.

If you eat something spicy and your baby reacts in a way that shows displeasure, then it could be the spicy food that’s the reason. If that happens then cut down on the spicy food.

All three of these herbs are known antigalactagogues. This means they can reduce your milk supply if you eat them in higher amounts.

Cooking with these herbs likely wouldn’t affect your milk supply though. But if your breastmilk production lowers after eating a lot of these herbs, then I would cut them out of your diet.

What foods to avoid when breastfeeding for gas?

The idea that some foods in a mothers diet will cause gas in her baby is very common, but not backed by definitive research currently.

Many infants will be ‘gassy’ now and then, and some babies will be more gassy than others. It’s common that babies get more gassy at night, and this is mostly because of their immature digestive systems and less about what you’re eating while breastfeeding.

But if your baby is gassy or has colic, avoid food like beans, broccoli, cabbage, and Brussels sprouts for a few weeks to see whether they relieve the symptoms.

Foods to avoid during breastfeeding to prevent colic

Colic is when your baby cries inconsolably which in infants can last up to a few hours a day. It usually starts in the second week after birth and can last up to around 3 months old.

Breastfeeding mothers may reduce colic by ensuring their baby is getting lots of “hindmilk” at every feeding and not only “foremilk.” You can do this by making sure your one breast is totally finished before switching your baby over to the other breast.

By emptying one breast completely you’re making sure your baby gets the breastmilk that is both in the front of your breast and at the back.

How can I tell if my baby is allergic to something in my breastmilk?

Babies react differently to foods that make their way into the breastmilk from what their mother’s eat. Often what triggers one baby and not another depends on the allergies of that baby.

Some tell-tale signs that you’re baby might be allergic to something in your breastmilk:

If baby shows any of these symptoms, there is a good chance that there might be an allergy present , which could be down to a history of allergies in the family. Cow’s milk is also a very common allergen for babies and will be more likely to cause problems in babies who are given formula in their first few days of life, because early exposure to cow’s milk-based formula sensitizes their immature digestive systems.

According to the AAP Pediatrics association only 2 to 3 percent of exclusively breastfed babies have an allergic reaction.

Continue Reading
link to Sleep Apnea in babies - should you be worried?

Sleep apnea is a condition where babies are unable to breathe while they sleep. This can cause many different health problems, including high blood pressure and heart disease later in life. Sleep...

This post may contain affiliate links, which means I get a commission if you buy through them, at no cost to you. If you do, then Thank-you.