A teething baby is something many parents have had to deal with at one point or another. And we are often looking for an effective remedy that works fast but most of all is safe. Over the years there have been many different teething remedies and products used to assist in reducing the pain from teething, and often the most effective and best teething products and remedies are the simple ones. 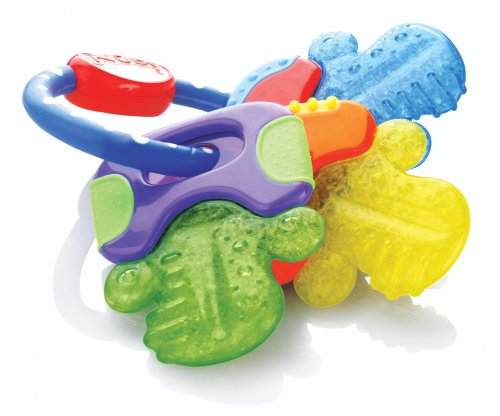 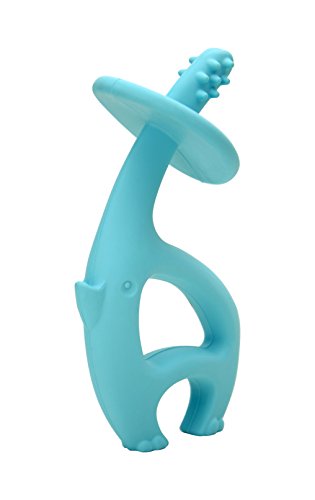 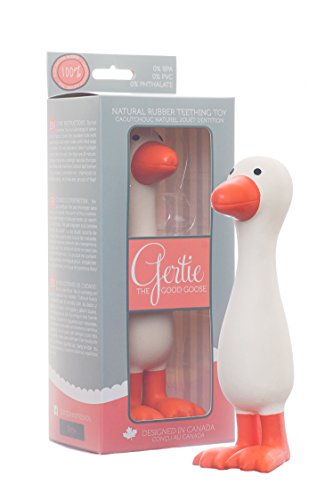 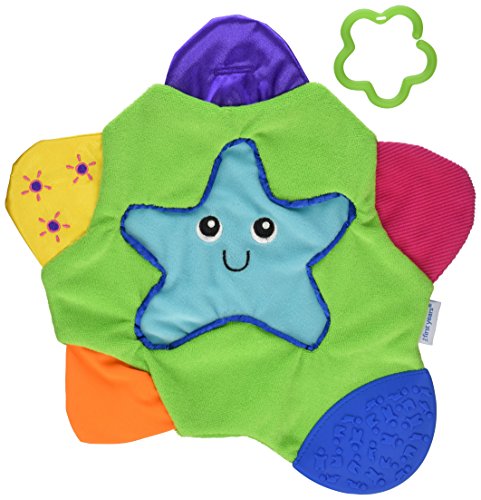 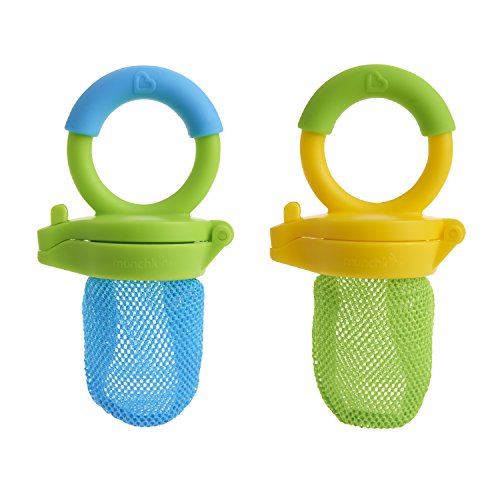 There are some really good and safe bpa-free baby teething toys that you can get your baby for relief of sore gums when teething. They are great because they normally have irregular shapes that allow your baby to relieve their itchy gums and cut their teeth faster allowing their baby milk teeth come through quicker.

Here’s a list of the best selling teething toys to look at. 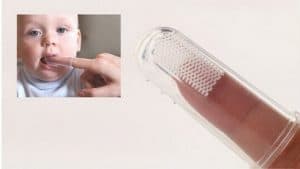 Use a clean finger or a baby finger brush to gently run over your babies gums and teeth that are starting
to show with soft circular motion and slight pressure. With a little bit of practice this massaging action relives itchy gums and teeth quite a bit.

Teething pacifiers are similar to a regular baby dummy that’s soothes them when sucked, but these aremade to withstand biting and chewing so are good for relieving gum itching pain from teething too. You can also pop them into the freezer to make them colder which is more effective.

Having your baby or toddler chew and suck on cold objects is a great natural teething remedy that’s known to work well and has been used successfully for years and years by moms to soothe their teething babies.

Something cold works as a teether because it reduces the pain and swelling of the gums by numbing them and keep down the inflammation. Be careful though because if a baby has a couple of teeth already they can chew pieces off whatever they chewing so it’s best to keep an eye on them.

It’s amazing how simple and effective a washcloth can be to help ease sore and itchy gums. The easiest way to do this is to take a rough washcloth, dip it in water and rinse it just slightly and then freeze it – giving it to you baby to chew on once frozen. You can also try tying the washcloth it a knot or rolling it up before freezing. Another good trick is instead of water, to use fruit juice (diluted with water) or even a little yogurt – think about what your kid likes and let your imagination run with this one and you’ll come up with a combination that works especially well for your little one.

For babies older than 6 months, we found that frozen breast milk, yoghurt, 100% fruit juice or formula makes for great frozen home recipe teethers. One of the best ways we found to do this is to use those small silicone cupcake moulds with the rippled edges, which massages the gums nicely and are a good size for small mouths.

Another winner is to use a cheese cloth (or pacifier with a mesh feeding bag) and put different cut up pieces of partially frozen fruit or vegetables into it and then tie it. We found that grapes, carrots, apples or pear work especially well

Cold Teething rings that you put in the freezer also work well. They only really remain cold for around 15 to 20 minutes, so it’s a good idea to have a few of them ready. If it’s frozen after taking it out the freezer, let it stand and ‘defrost’ a little, otherwise it might damage your little ones gums. You’ll want to also look for BPA free teething rings which are safer.

It’s been proven that chewing on cold objects does provide some relief from teething and is a really good simple teething remedy. This option also has some easy to do home made teething remedies such as slightly frozen vegetables/fruit and home-made ice teething popsicles. 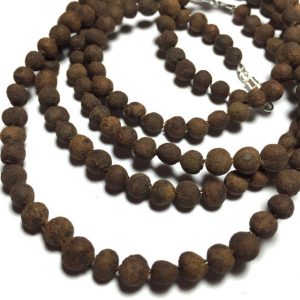 is a great spice used for adding a rich warm flavor to puddings, preserves and various meat dishes. However being organic it also makes for a great home-made teething option. The idea behind this natural organic teething remedy is that the allspice releases tannins which helps by stiffening inflamed and red gums. They usually last about 6 months or so and it’s also fine if they get wet, such as when bathing etc.

The allspice teething necklace is easy to make, and is fairly cost effective since you can usually make a few necklaces for one box/bag of allspice. 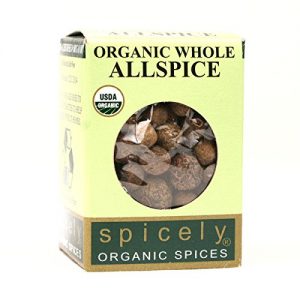 Note: the allspice teething necklace is not meant for chewing but to be worn to let it get absorbed into the baby’s skin, so it works only when in contact with the skin – if they do chew them it’s not harmful but just not ideal. Some babies have allergies to various things, so when putting it on for the first time check that there is no sign of an allergic reaction, if you see an redness take it off to be safe. 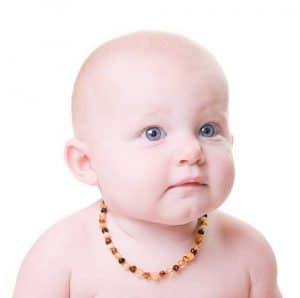 gums when they are teething.

It’s said that when a baby wears an amber teething necklace the heat of his/her body releases a very small trace amount of oil which has succinic acid in it. When this oil is taken in and absorbed into the body, those who believe in amber beads say this has a analgesic/reducing effect on sore and swollen gums.

There is no real evidence that succinic acid does actually get released and even if it did the minute amounts would not be enough to soothe teething pain. The other concern about these necklaces is that they can be a choking hazard. There have been quite a few discussions and studies about baltic amber teething necklaces that disprove their use and effectiveness in preventing discomfort from teething. And some governments like Australia have issued consumer warnings that these amber teething necklaces only be worn under adult supervision and has also ordered one supplier to remove their claims that these beads are a “natural analgesic” that provide “natural relief from teething problems” since the claims are not backed by any real evidence to prove this.

Having said that though, amber teething necklaces remain hugely popular all over the world, and people swear that these little amber beads work.

There is no scientific evidence that proves baltic amber has any real effect on helping teething babies or toddlers, but many parents swear they work. They can be a potential choking hazard, especially for babies, so if you do decide to get one then we recommend you are supervising and present while they wear it. 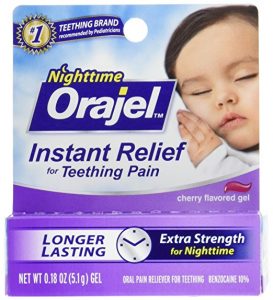 Teething gels work by having you rub the gel onto the babies gums, which numbs the affected area. Although they do work the FDA has warned that you should stay away from teething gels that contain ingredients like lidocaine or benzocaine. There are far better safer alternatives these days as mentioned in this post such as using teething rings and toys, or using cold objects.

Teething tablets for babies are fairly small tablets that dissolve in a baby’s mouth, and release active ingredients that relieve pain. The following ingredients are usually found in teething tables: calcarea phosphorica, belladonna and chamomilla.

They do work but we recommend not using them to be safe. The US Federal Drug Administration (FDA) recommends “that consumers stop using these products and dispose of any in their possession”. They have been connected to a few child deaths and incidents over the years.

If you know of any good home-made or general teething solutions please let us know in the comments so that other readers and parents can benefit, and we will add the good ones to our list.

Teething is when your baby starts to get their initial milk teeth. These juvenile teeth start slowly pushing their way to the surface of the gums which causes pain, itching and swollen gums.

A child’s milk teeth are important because:

When do babies start teething?

A baby often starts teething at about 6 months old, but it’s normal that teething will begin between 3 to 12 months old. Most kids will have all their initial milk teeth when a toddler gets to around 3 years of age, and will have fully shed all their milk teeth with permanent/adult ones by age of 10 to 12 years of age.

You can see this baby teeth eruption chart below (from American Dental Association), which shows at what age the various baby teeth start coming out 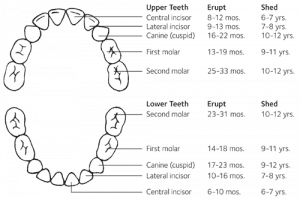 What are the signs my baby is teething?

You’ll know a baby is teething because they drool more than usual, start chewing on their hands or feet and even on other objects like their rattle, toys or crib. Babies will often become more fussy than normal during both day and night, and if you also find that their gums become red and swollen this is a symptom they are teething. Please be careful of mistakenly attributing an increased temperature, fever, diarrhea or constant crying for teething, it’s best to have a doctor take a look in these cases to be safe.

Continue Reading
link to Sleep Apnea in babies - should you be worried?

Sleep apnea is a condition where babies are unable to breathe while they sleep. This can cause many different health problems, including high blood pressure and heart disease later in life. Sleep...

This post may contain affiliate links, which means I get a commission if you buy through them, at no cost to you. If you do, then Thank-you.